I’m from the Borders originally and I don’t know how many times I’ll have travelled up and down the A68 over the years – thousands, probably.

Despite passing it countless times, I’ve never been to The Stair Arms before until recently when I was invited along to review. They’ve just undergone a major refurbishment having had the business in the family for over 25 years. The furnishings are have a modern country feeling and it has been done sympathetically to retain the coach house feel.

Originally a Coaching Inn, dating back to 1831, The Stair Arms prides itself on a warm welcome whether you’re a passerby, an overnight guest or hosting your wedding in one of their function suites.

Being from Lauder, I met my mum and granny there during the week for a wee lunch treat as it’s almost halfway between us – the hotel is just half an hour from Edinburgh.

We were greeted jovially by one of the daughters of the front of house, whose uncle runs the kitchen. It really is a family affair here!

Browsing the menu, whilst waiting for my mum and Granny May to arrive, I wasn’t blown away by the choices but also being dairy and egg free meant that there were very few things on the normal menu that I could actually have. However, the specials menu gave it the boost it needed. Our waitress had a list prepared of things that I could have, or that they were able to adapt for me, which was a great personal touch and one I’m sure they’d do if you noted any dietary requirements on your booking.

My mum and I decided to share the scallops to start followed by the burger for her and the fish and chips for me. Granny May went for a coronation chicken sandwich with chips.

Whilst waiting, we were served some lovely fresh bread (a saviour for any parent trying to placate a baby who just wants to run around the place!) with some yummy dips – a tomato one and a red Thai one. Both unusual accompaniments for some baguette but most welcome! 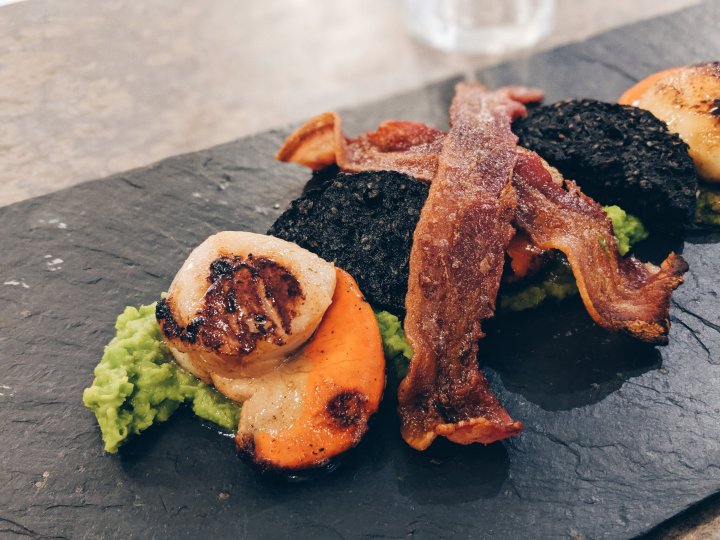 Let me start by saying, these were the best scallops I’ve had in a long time. They were cooked absolutely perfectly, and came with the coral which is arguably the most flavoursome part. Served with a pea purée, black pudding and crispy bacon it was priced so reasonably at £6.50 I felt it was a steal for the quality. I think my mum and I were both a bit sad we’d got them to share!

My granny really enjoyed her sandwich, although daunted by the world’s most gigantic chips which were borderline wedges! That said, they were so good she demolished them all and had no complaints!

My mum’s verdict on her 6oz Aberdeen Angus beef burger with cheese was “delicious” and she commented on how good the “real cheddar” cheese was. The brioche buns are even homemade. 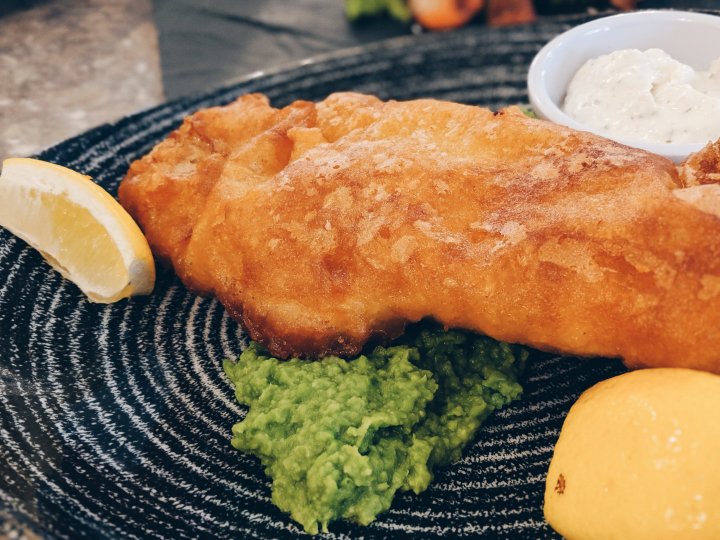 My fish and chips, from the specials menu, was served in East Coast IPA beer batter with some of the aforementioned world’s largest chips, triple cooked. If I thought the chips were oversized, I hadn’t seen anything until the fish came out – it was huge! Fresh, local fish delivered that morning in a crispy, slightly beer tanged coating. Served with homemade mushy peas which makes such a difference to being served those horrible powdered things that I’ve been served even at high end establishments before, and tartare sauce (which I had to forego due to the eggs). This was on the menu at £13.50 and again, for the quality and size, they’re really underselling themselves by Edinburgh prices. I suppose being a bit further out, the prices are a bit lower but this was another steal. By size, it should have been about £16 and I wouldn’t have batted an eyelid.

There was no way we had room for desserts, not even my granny could be tempted by the S.Luca ice cream counter at the front of the restaurant or the homemade cakes that adorn the till area. 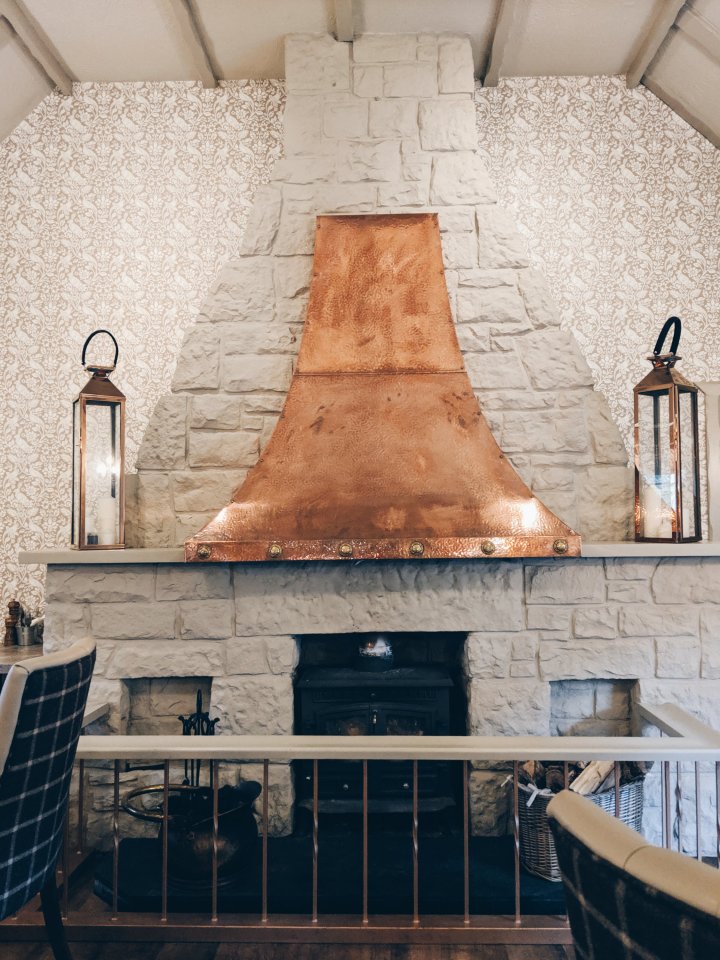 I’ll be honest, I wasn’t expecting much before we went – perhaps because I’d passed it so often it had blended into the scenery for me. But we were all so pleasantly surprised by the quality of the food and the level of service went above and beyond what I’d expect. I now understand how this one business has been in the same family for over a quarter of a century – they know how to do this and they do it so well.

* I was invited for a complimentary meal for the purpose of a review & they kindly threw in my granny’s sarnie too because they’re kind! But as always all the opinions are my own.