Um, how is it almost March? I’ve somehow managed to lose February in a whirlwind of doing…nothing.

In a bid to get my butt back into gear, I need to tell you about Byron. Some of you might remember that I had that experience with a takeaway from the Lothian Road branch. Well, the marketing manager got in touch back in January and offered to have me back* to make up for having had such a bad experience and although I was dubious I agreed to go back with a pal to see if they could change my mind at the North Bridge Byron.

And change my mind they did. I was quite late after having been stuck in traffic but they’d been looking after my friend well, who I found baws deep in the world’s biggest milkshake when I got there.

We both went for the Smoky – but I opted out of the BBQ sauce (I was just there for the crispy onions, cos crispy onions are life). And, as I had learned that the bacon cheese fries were da bomb on the Lothian Road visit, we went for some of those too along with mac & cheese balls and some coleslaw.

I’m not going to recap how I found it when I ate my burger the last time if you want to know, you can go and read it, but I was very pleased to find that the guys at North Bridge can cook a burger. Insert the party streamer emoji here. It was cooked perfectly. Being around 14 weeks pregnant here, I was actually hoping it would be a touch overcooked but I wasn’t going to send back a perfectly-pink-in-the-middle burger for love nor money (or baby). 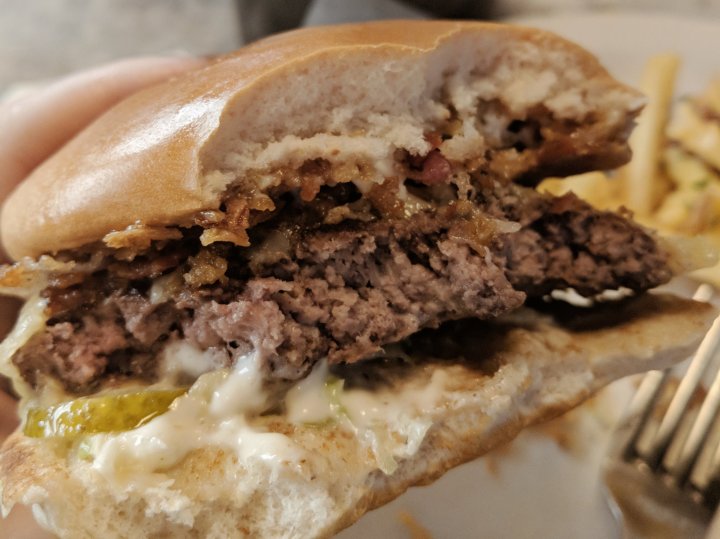 The bacon cheese fries were just as good as last time and the coleslaw was a welcome addition to cut through the richness of everything else. 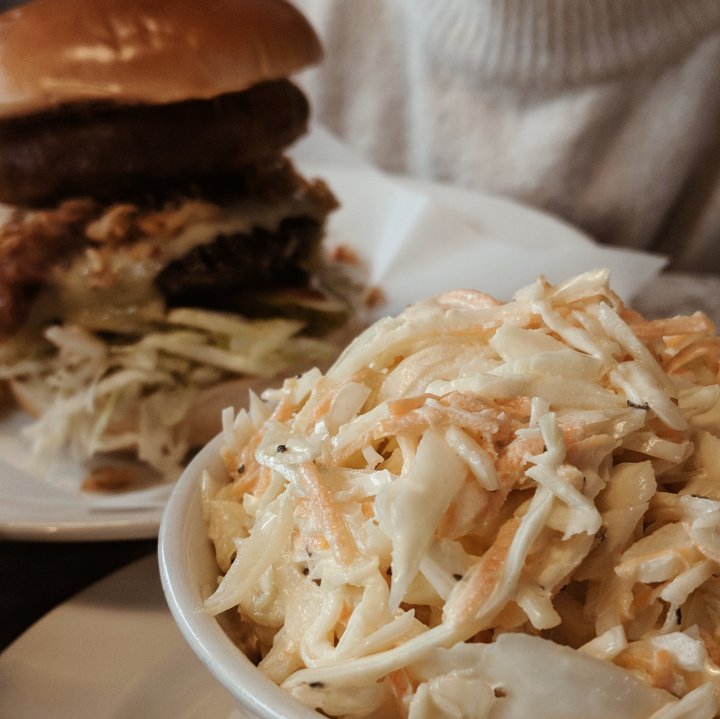 The smoky, a 6oz patty topped with mature cheddar, bacon, shredded lettuce, pickles and those crispy onions, was flavoursome and just the right size. I demolished mine but after having had aforementioned world’s biggest milkshake, my dining partner was defeated! Just look at that stack! 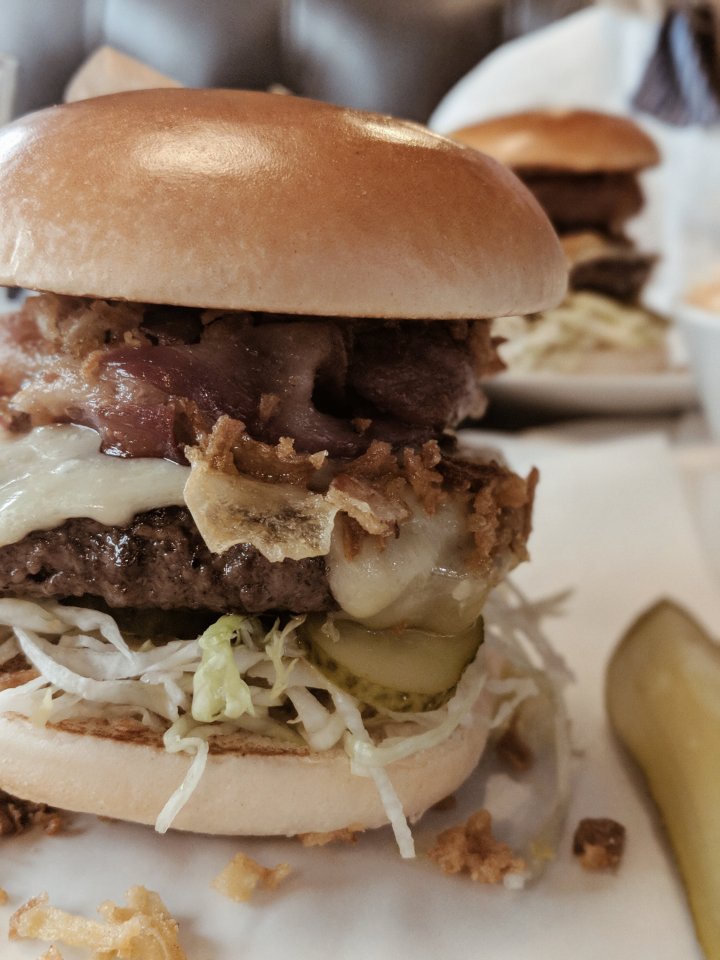 The mac and cheese balls were tasty but a little too hard on the outside for my liking, but that’s quite minor.

The team at the North Bridge were definitely the redeemers of its Lothian Road counterpart – the staff were all lovely from start to finish and the service was just the right level of attentive.

The Lothian Road branch could certainly learn a lot from them.

*I was invited along free of charge but as always all words, thoughts and opinions are entirely my own.