Of an evening, when you’re hurrying to get home for the dog and want something quick and satisfying, driving around Edinburgh, during the Fringe, when everywhere is rammed, it’s actually quite difficult to find somewhere that does takeaway.

So, we ended up at Byron on Lothian Road. They were pretty quiet so we were hopeful for a speedy order to grab and dash home.

Firstly, we were ignored by two members of staff whilst standing at the door before someone came over to seat us / take our order.

We ordered burgers and fries each, to takeaway and were advised of a 15 minute wait.

I went for the classic Byron but asked for crispy onions instead of red onions along with cheese and bacon fries.

My boyfriend went for the B-Rex and regular fries.

The wait was in excess of 20 minutes but, fine, these things happen.

The food was brought to us and we rushed home (approximately 6-7 minutes drive, for reference) and greedily threw it all open to get stuck in. We were starving. 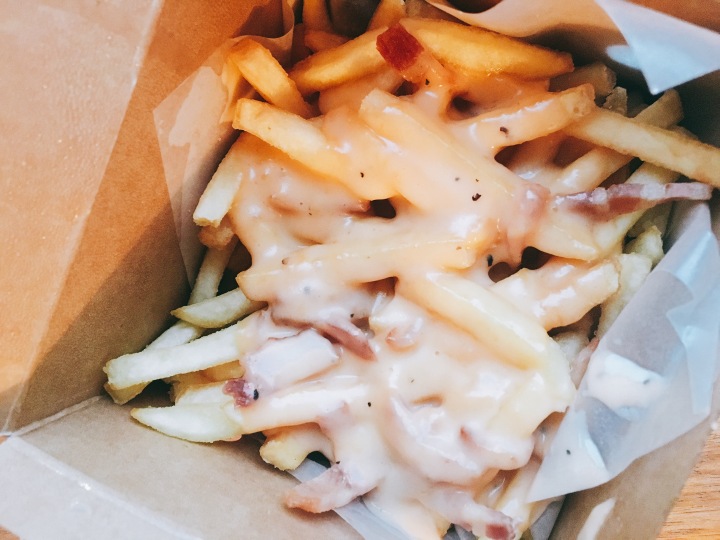 I’ll start with the good stuff: the cheese fries are the closest I’ve had to match the beauty of the Shake Shack ones we had in New York. They were pretty delish. 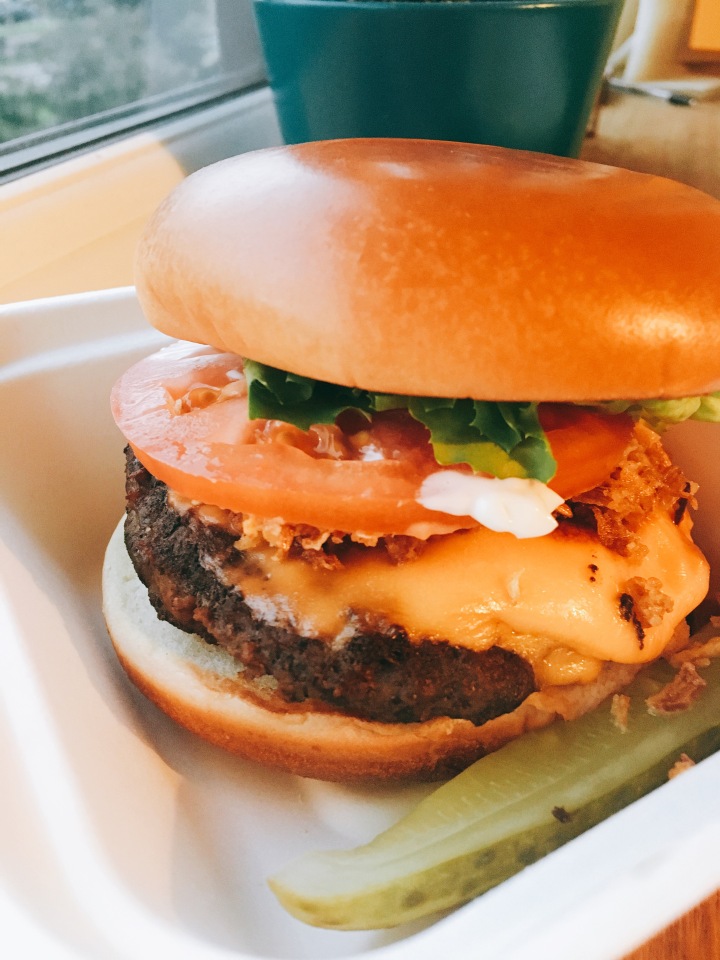 My kind boyfriend shared the onion ring from his burger (which accompanied streaky bacon, American cheese, jalapeños, pickles, onion, BBQ sauce and mayonnaise) which was nice and crispy and not too soggy.

The gherkin that accompanied the burger was nice.

The burger itself, however, was so dry it was borderline inedible. I ended up sharing it with the dog because I was too hungry not to eat, but couldn’t eat the edges due to aforementioned dryness.

They claim to cook their burgers ‘medium so they’re pink and juicy’. It wasn’t. 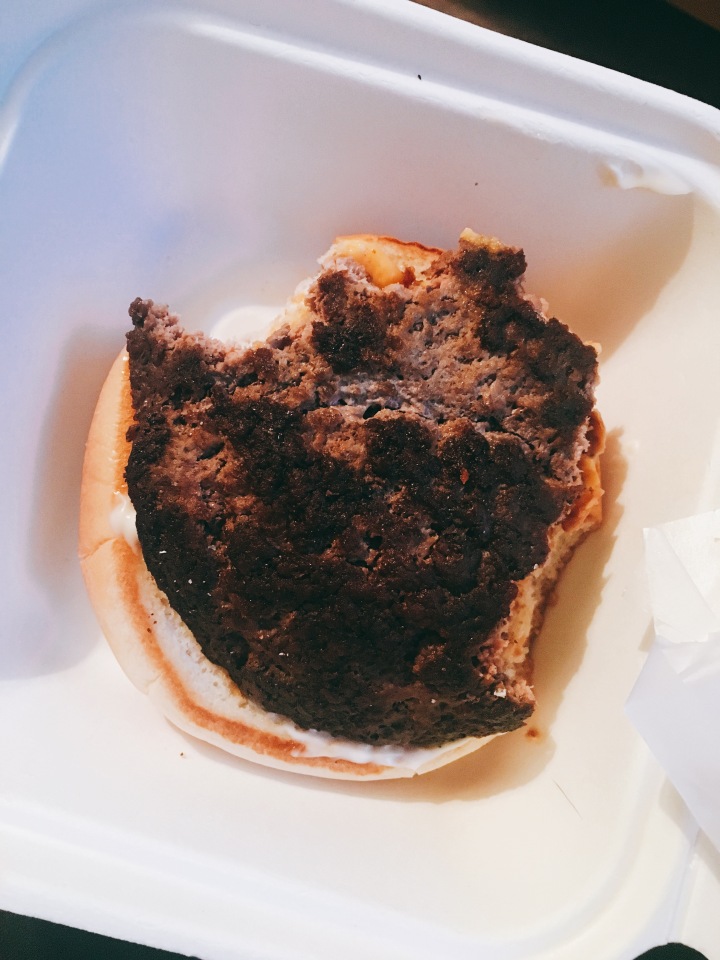 I made a joke about dryness in relation to nuns which I’ll leave to your imagination to fill in the blanks.

It was especially disappointing given that I’d eaten at Byron in Manchester and really enjoyed it.

Would I give it another chance? No. It was honestly so dry that it’s put me off burgers.

Have you been to Byron? What did you think?