One thing we didn’t really do in Copenhagen, which is very unlike me, is go for breakfast or brunch. As we were there on a tight budget and most breakfasts seem to cost the same as a decent dinner in the UK, we opted for snacks in the morning with decent lunches and dinners. I couldn’t let the trip pass without getting one brunch in!

On our last day, we headed to the Union Kitchen. In the UK, it’d feel very hipster and a bit pretentious, but it works so well in the effortlessly cool Copenhagen.

The menu is really varied and we were there just before midday so people were tucking into all sorts of delights when we arrived and were seated at the bar. Whilst it was nice to watch them churn out cappuccinos with profanities on them (see Instagram, I only drink black coffee) it was but tight (and the lighting was going to be terrible for my food photos!) so we headed to the back by a big window where we could survey the rest of the restaurant and get some good people watching in.

I was pretty hungry (when am I not) and so I went for a starter and main for my breakfast whilst my boyfriend went for waffles with berries.

Let’s get to the good stuff. 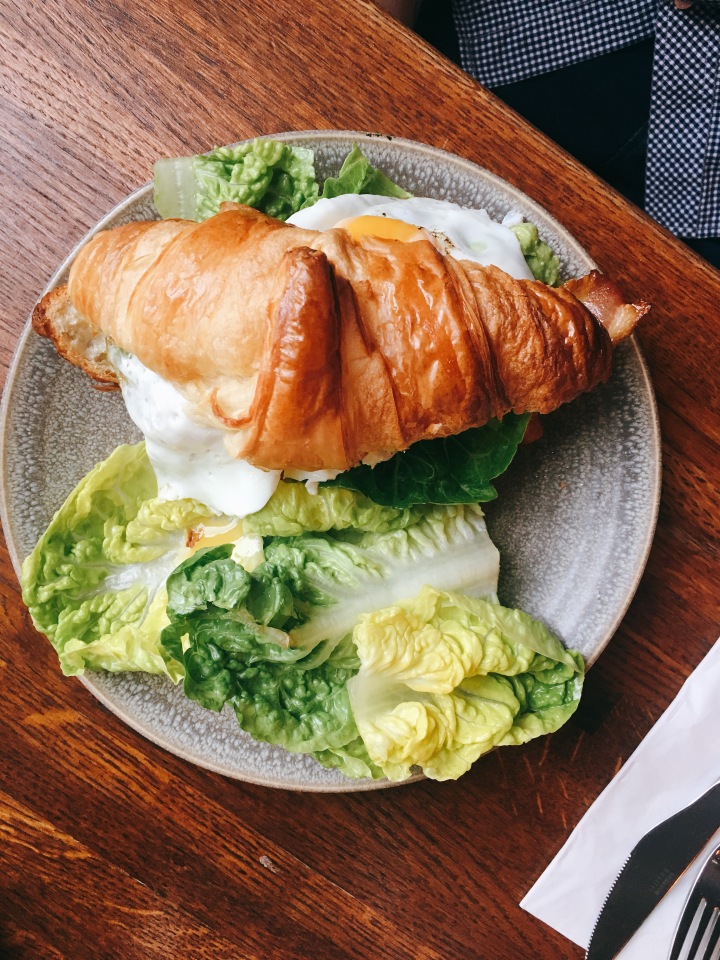 Now, I never go for sweet options at breakfast. I don’t think I’ve ever ordered waffles or pancakes when I’ve been out brunching. But a croissant with avocado, fried egg, bacon and tomato? Where do I sign? Getting past the initial oddity of a sweet flaky croissant with the fillings was instantaneous when you realise it’s just like a really good sandwich. Which requires a knife and fork.

For my main breakfast course, I wanted something different – something I wouldn’t get anywhere else. So of course I went for mashed potato for breakfast. The obvious choice 😂. 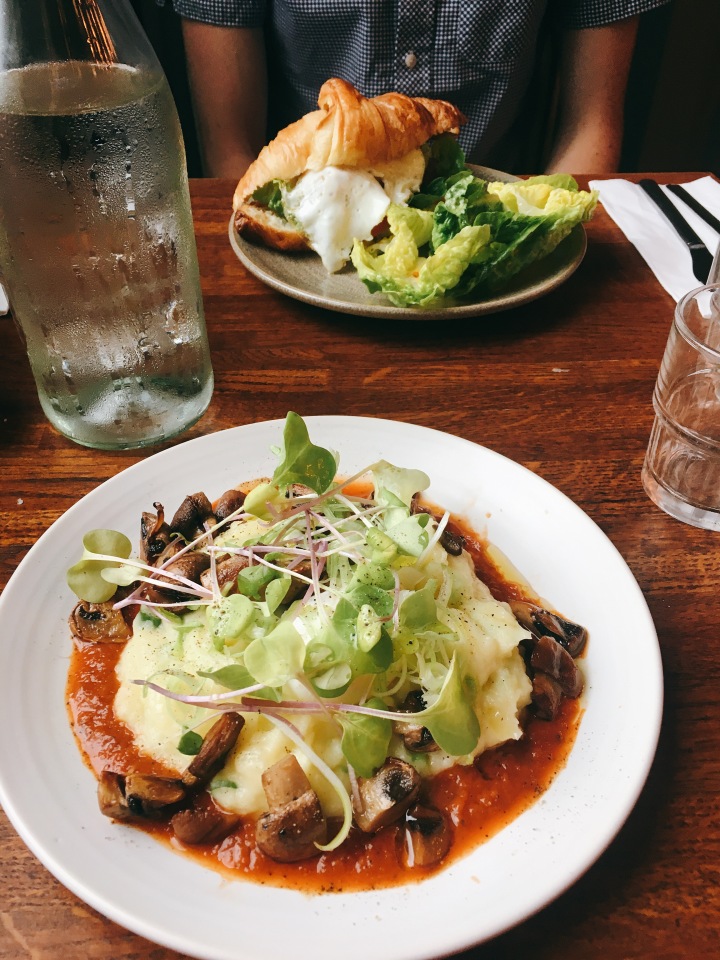 This was actually so delicious: creamy mashed potato with spring onions, a rich tomato sauce around the edges with sautéed mushrooms and a poached egg on top. I want to recreate this at home but I don’t think I’d be able to get the sauce as good as it was here. Odd choice on paper but not in reality. The runny poached egg in the centre of the mash was life affirming. Ha.

It was a pleasure to eat at Union Kitchen, and finished off our holiday on a high. Some say you save the best til last. It was the most expensive breakfast I’ve ever had, at about forty quid before a tip, but it was totally worth it and I would definitely recommend visitors to Copenhagen head down to give it a go themselves!