Anyway, a totally new concept takeaway has opened near the top, called BeFries. Two brothers have opened a chip shop, but not a chip shop as you know it. They’ve taken a popular idea from Belgium and brought it to our fine shores.

The interior is simple and pretty cool,  copper and muted colours. I’ve seen snapshots of their flower lined walls popping up all over Instagram.

Their tagline is double cooked and saucy. It pretty much does what it says on the tin. They source good quality British potatoes, cut them to the perfect size suitable for Belgian style cooking, then fry at a lower temperature in a special basketless frier from which they are then drained and dried. Finally, they go for their final fry (when you order them) in a higher temperature. The result is deliciously crispy fries on the outside with light fluffy insides. The perfect chips, everytime. 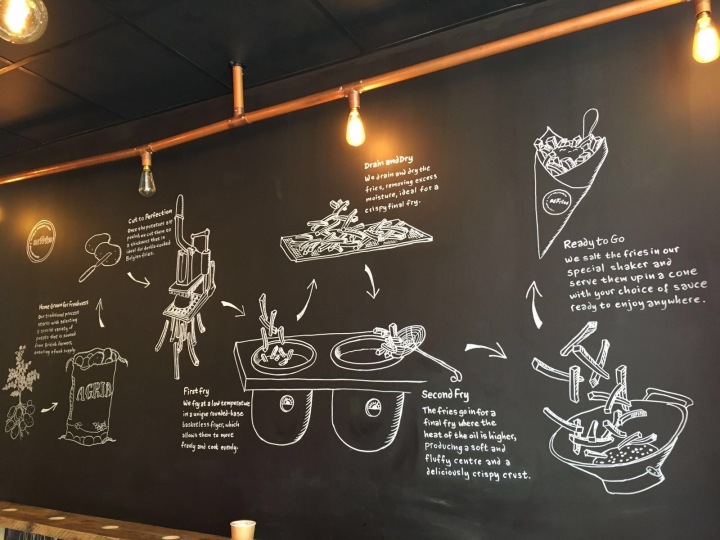 Once you’ve decided which size of portion you want (small, medium or large, I went for large obviously), you then decide what sauces you want to have on your perfectly cooked Belgian fries.

When we went, we were given a good selection, for no extra cost, to try them all out. We asked for a few specifically but left it up to them to provide whichever they recommended most.

The great thing about this is there really is something for everyone. They have a mixture of homemade and imported sauces and are continually working on making new ones, you can keep up to date with their progress on Instagram. 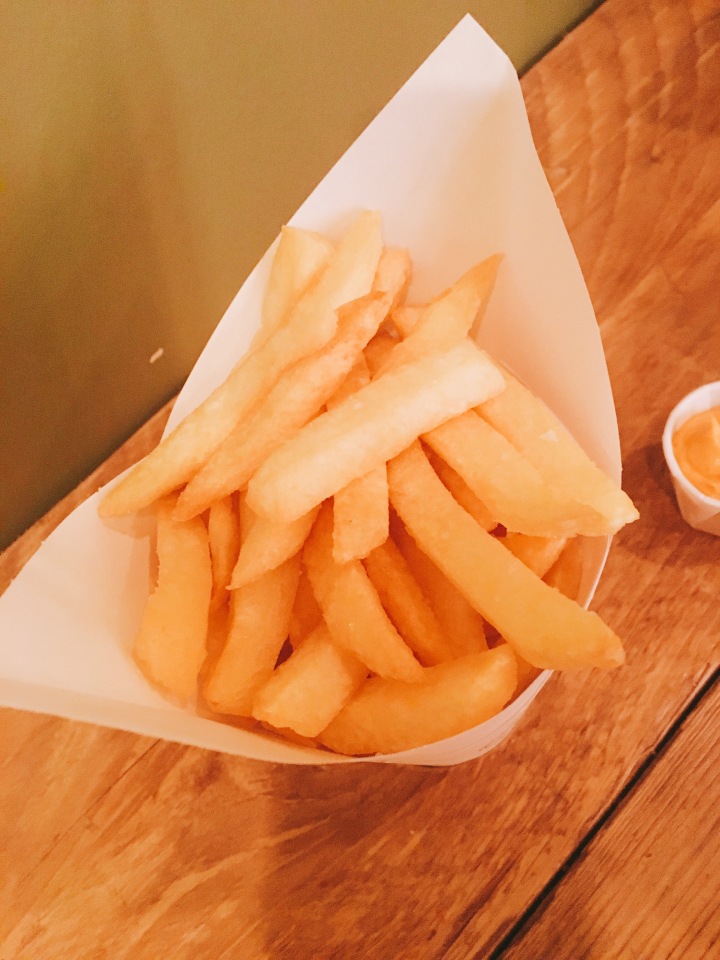 Hannibal (one of my favourites) which is a slightly sweet onion sauce
BBQ Mayonnaise (one of the boyfriend’s favourites)
Belgian Mayonnaise (AMAZING)
Sate (satay sauce, we both agreed it wasn’t quite right, it was like pure peanut, however on our second visit my boyfriend lovedddd it)
Ketchup (spicy homemade ketchup, think it needs a bit of work)
Garlic Mayonnaise (more potent that Grubbs’ garlic mayo, amazing)
Samurai (another of the boyfriend’s faves)
German style curry ketchup (needs work)
Dill pickle mayonnaise (which wasn’t on the menu, the boyfriend ate the whole pot)

We went back for a second tasting and tried their new collaboration sauces with a Brighton Hot Stuff which are locally made spicy sauces served over BeFries’ Dutch mayo.

I also tried their new hot cheese sauce. Oh my days. It’s basically cheesy bechamel like from your lasagne. On chips. 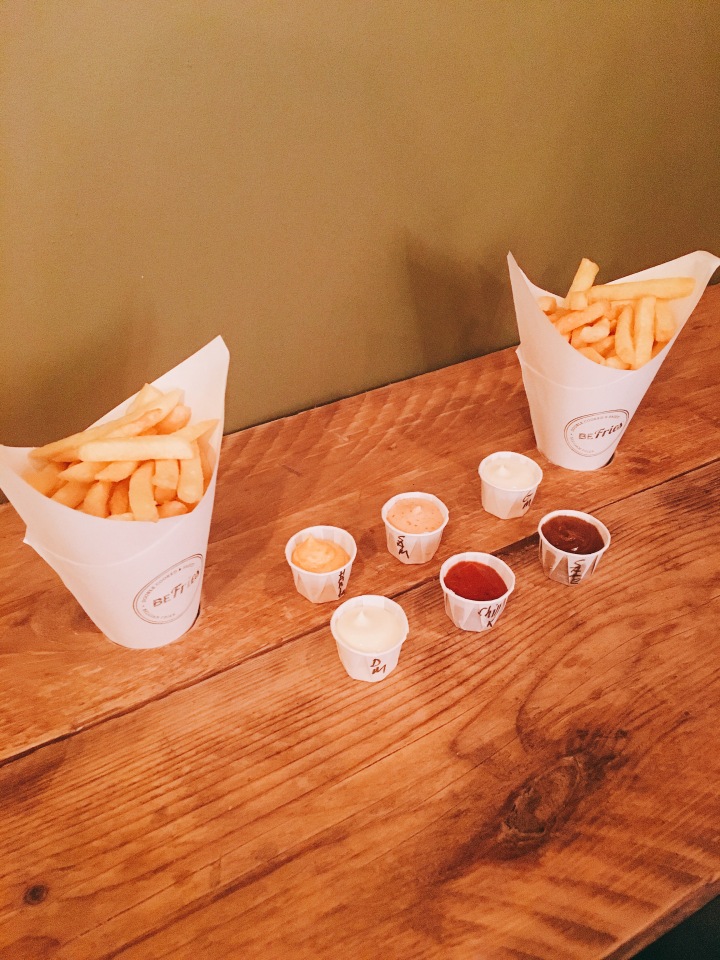 This place has three really great things going for it: the chips which are consistently good, the sauces which are really varied and tasty, the value for money. What makes this place extra special, however, is the guys (and girls) who run it. They are all super friendly, clearly have a real passion for cooking these tasty chips and they are a small independent business. I went in as the average customer, I wasn’t invited to review, and we were treated like royalty, as were all the other customers who came in while we were there.

What’s more, they’re dog friendly and the chips got Stanley’s seal of approval.

Big thumbs up from the wee household.