Where has the week (and weekend!) gone?! I’ve had a really busy one this week so it has gone so fast, I’m now lounging on Bank Holiday Monday and planning how much food I can eat in a day. 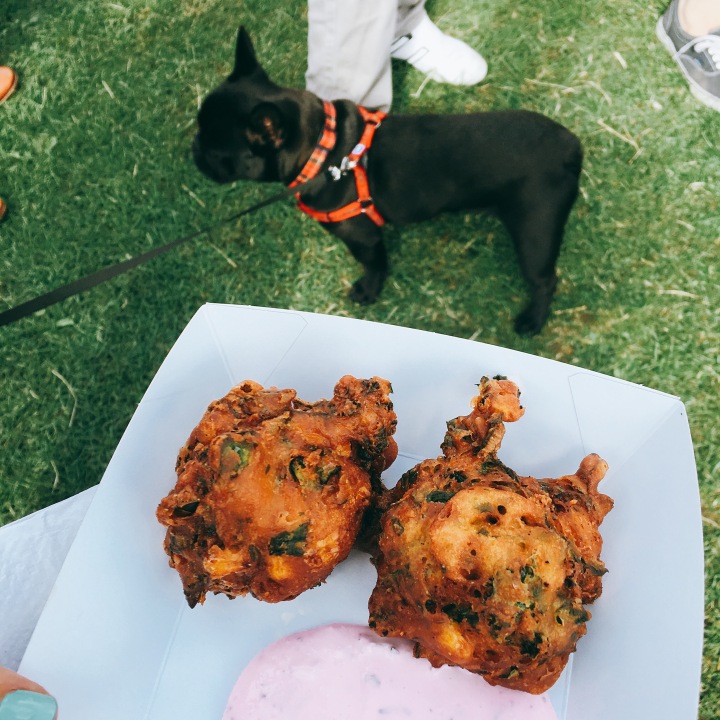 Last Sunday we headed down to Brunswick Festival and tried these amazing fritters from Sultan’s Delights I wanted to eat the whole stall but had just eaten lunch and had dinner planned so I had to behave myself. 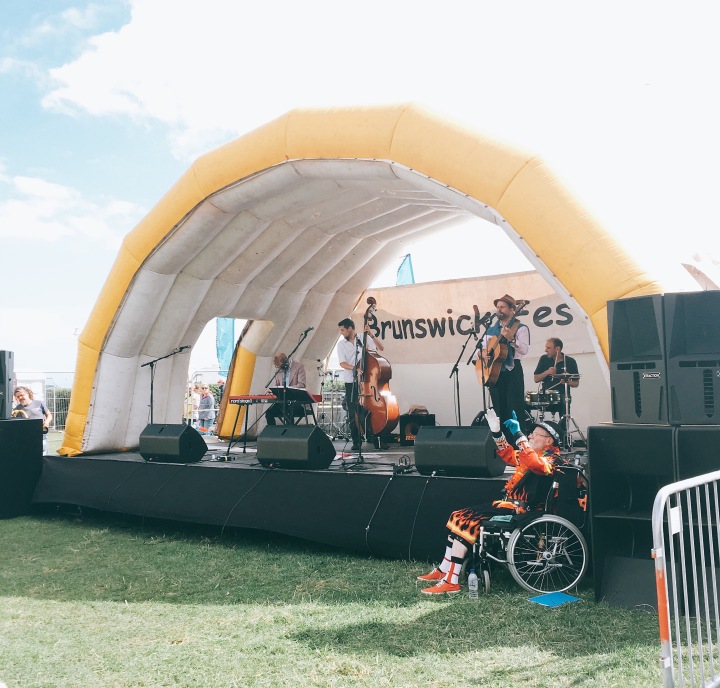 It was, as always, lovely to see Disco Pete dancing the day away. Brighton Music Hall and Time to Talk Befriending charity are putting on an event on the 17th September. Find out more at the Facebook event page here. It’s sure to be a great day. Hope to see you there! 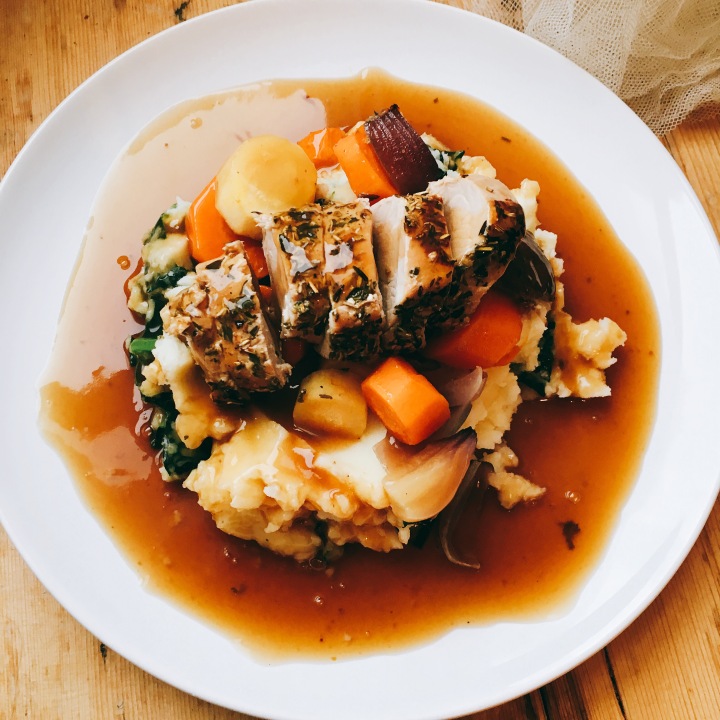 I’m going to be posting a recipe for an alternative roast soon. When the weather is more barbecue than roast, this is the perfect dish. Keep your eyes peeled. 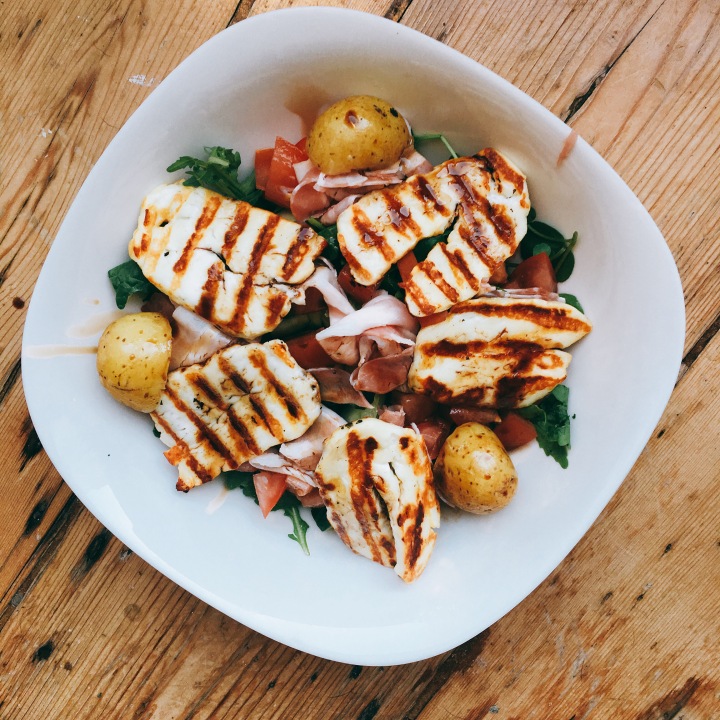 With the sun shining this week, halloumi and pancetta salads were the one. So tasty I had it two days in a row. 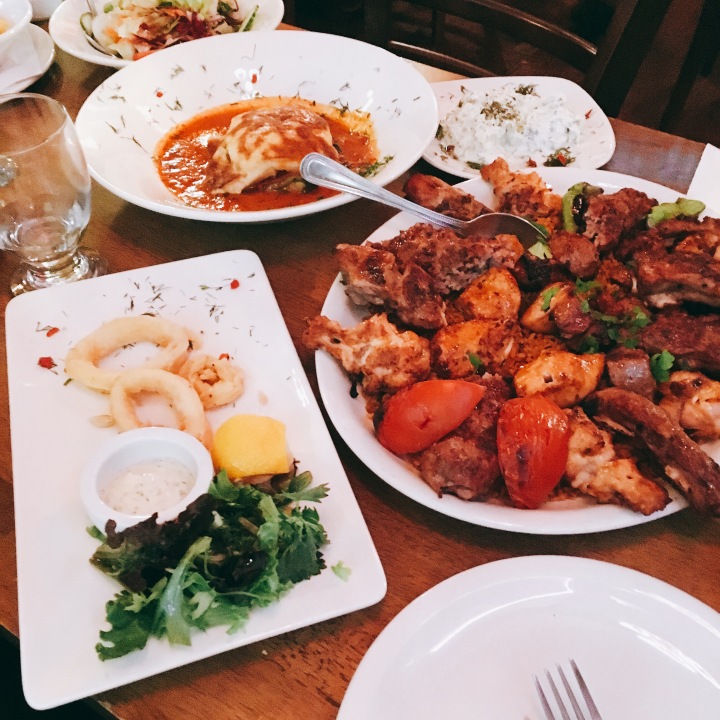 Thursday night was date night with the girls. We went to Ephesus on Preston Street. You’ll need to check back for the full review but as you can see, it was meeeeeaty.

Friday night we hosted my boyfriend’s sister and brother-in-law along with our adorable niece. We had an American themed night: ribs, burgers, slaw, corn on the cob and hotdogs. The veal burgers and ribs were from Waitrose (both on offer) and were so tasty. 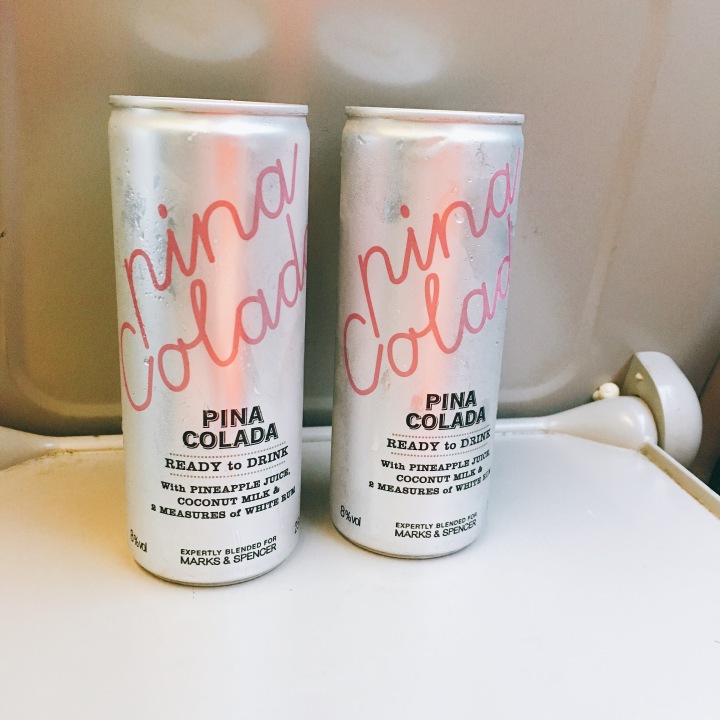 Saturday was a day of drinking not eating (hence why my hangover was so bad on Sunday) started off with these cocktail cans from M&S. The classy way to train drink. They were nice but really sweet and a bit sickly. I caught up with some old friends from back home at SW4 so the hangover was worth it! 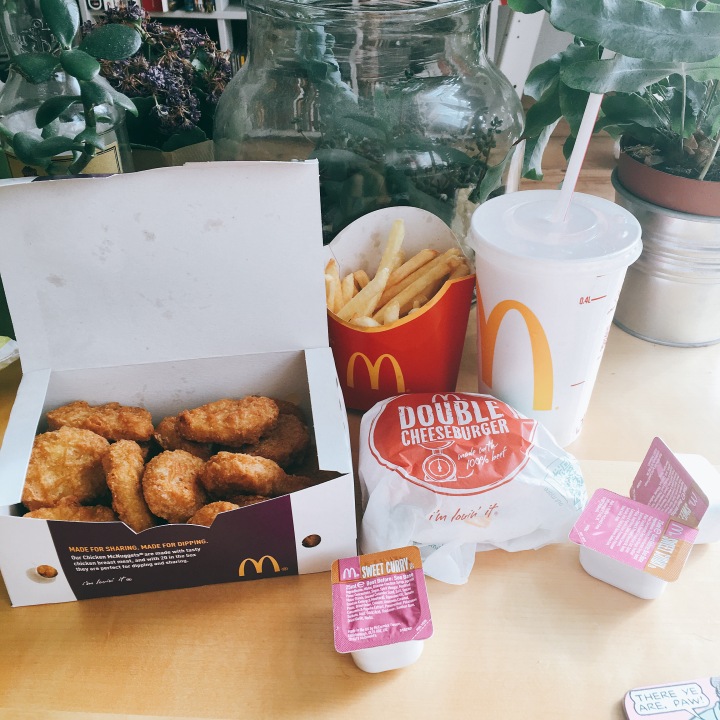 And, as I’m sure everyone knows by now, I had a McDonald’s delivered by Dinner2Go. They’ve been going longer than Deliveroo but the delivery is £3.50 (and I think they bump up the food prices a bit too) and they go to McDonald’s for you. The service was wayyyy better than Deliveroo. You get an email when the driver is at the restaurant so you have an idea of when it’ll arrive. And I’m sure everyone remembers that pizza from Deliveroo (which I still haven’t had a response from them or Pizzaface about).

🎉 The blog hit 3000 views today – THREEE THOUSANDDDDD WHATTTTT – thank you to the people who keep coming back! 🎉 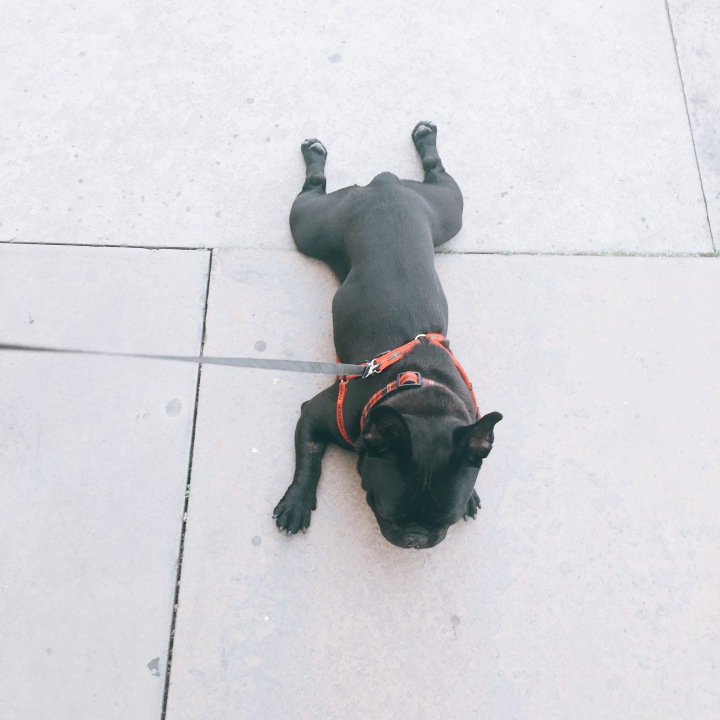 We’re away to enjoy some of the food festival now and take it easy, a la Stan.

What have you been up to this week? Let me know in the comments 🙂